Home » Lecture » We Are What We Hear

We Are What We Hear

Posted by Website Services Admin on April 12, 2013 in Lecture, Past Event | Comments Off on We Are What We Hear 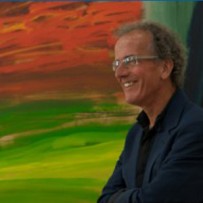 The Spring 2013 Lloyd Old and Constance Old Lecture, We Are What We Hear, will be presented on May 10, 2013, at 6:30 pm.  Described as “admirably lucid,” Paul Griffiths’s music criticism has appeared in the New York Times, the New Yorker, and the Times Literary Supplement, among other major publications.  Griffiths has also written many seminal books on modern music as well as short stories, novels, and libretti.  Translated into German, Spanish, Chinese, Italian, Turkish, and Portuguese, his writings have shaped the scholarship and public discourse about music in the 20th and 21st centuries.

“If, as I think, a music critic should be distinguished by three features: an informed and passionate involvement with new music, an imaginative and civilised turn of phrase, and the readiness to warmly appreciate, Paul Griffiths has to be counted among the leading lights of this precarious trade” –Alfred Brendel

Mr. Griffiths has selected two relevant contemporary composers and two of their representative works to illustrate his talk:  Rebecca Saunders’ Song, for cello and piano (2001) and Hans Abrahmsen’s Herbstlied, for English horn, violin, viola, cello, and piano (2009).  This program, lasting less than 15 minutes, will be performed by some of the most outstanding graduate students of the DMA Music Program of the CUNY Graduate Center.  This short performance will be followed by a conversation between Paul Griffiths and renowned contemporary music conductor Jeff Milarsky.  A short Q&A session will follow.

Jeff Milarsky is Conductor and Music Director of the Columbia University Orchestra and Columbia’s Manhattan Sinfonietta, which focuses on 20th- and 21st- century scores. In addition he is on the faculty of The Manhattan School of Music as Artistic Director and Conductor of the Percussion Ensemble as well as the Music Director of AXIOM, The Juilliard School’s critically acclaimed contemporary music ensemble.  In September of 2008 he was named to the conducting faculty of the Juilliard School.