Last month, Billboard published its list of the top 100 music books. The list includes everything from the lyrics to Hamilton to rock stars’ autobiographies and neuroscience. We were delighted to learn that last year’s guest, Greil Marcus, had his book Mystery Train chosen for the list–and in the impressive position of #6! Billboard writes, “[M]ore than three decades on, his first [book] remains the bible of rock criticism. Ostensibly an appreciation of a handful of musical misfits (Sly Stone, Randy Newman, The Band), it ends up revealing the architecture of American culture itself.”

Marcus is a guest lecturer at the Graduate Center and delivered the response in the 2015 lecture by Roger Scruton. We were also excited to see another member of the Graduate Center faculty on the list, Mr. Eric Lott, who wrote the book on minstrelsy, Love & Theft: Blackface Minstrelsy and the American Working Class. Lott has not (yet) been a guest for Music in 21st-Century Society, but his work has been inspirational for projects with our director Antoni Pizà’s own Foundation for Iberian Music. About Love & Theft, Billboard writes, “Lott’s landmark study offers the best overview of this fascinating and disturbing cornerstone of our cultural heritage, probing the social and economic history of the minstrelsy industry while excavating the psychology behind it.”

Harrington was inspired to form Kronos in 1973 after hearing a performance of Black Angels, an avant-garde piece by George Crumb. The new group quickly expanded into unconventional territory, performing renditions of songs by jazz artists, such as Ornette Coleman and Thelonious Monk, rock artists like Jimi Hendrix, as well as repertoire from past masters and contemporary composers. The group has worked closely with several prominent composers, including Terry Riley, Henryk Mikolaj Górecki, and Philip Glass, and has received numerous awards for their recordings and performances. 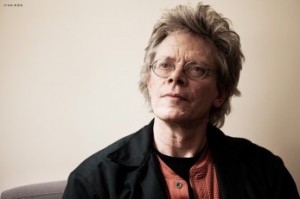