Posted by Foundation for Iberian Music on January 24, 2017 in Lecture, News, Past Event | Comments Off on Video of Taruskin’s 2016 Lloyd Old Lecture Now Online!

Good news for all who were unable to attend our sold out 2016 Lloyd Old Lecture, with Richard Taruskin and Prof. Scott Burnham! Taruskin’s thorough and provocative lecture is now online. The lecture featured musical guest Adam Kent, who performs a selection of Russian piano works. Last year’s lecture was a great success, requiring—for the first time in the series’ history—an overflow room to accommodate audience demand. We hope you enjoy this stimulating talk as much as we did.

Posted by Foundation for Iberian Music on October 20, 2015 in Lecture, News, Past Event | Comments Off on 2015 Lecture, “Walking Among Noise” Video

This year’s lecture with Roger Scruton was a wonderful success. We were turning away people at the door! Please check back with us next week for a full write up of the event and news of what is to come. In the mean time, for those who were unable to attend, video of the lecture is now available. Watch in good health.

Posted by Foundation for Iberian Music on August 14, 2015 in Lecture, News, Past Event | Comments Off on 2015 Lecture: Roger Scruton, with Greil Marcus

The speaker at this fall’s Lloyd Old and Constance Old Lecture is philosopher Roger Scruton. Scruton’s lecture will be followed by a response and interview with music journalist and current visiting professor Greil Marcus. “No time to rejoice for those who walk among noise and deny the voice” Ash Wednesday T. S. Eliot Walking Among Noise Tonality, Atonality, and Where We Go From Here Friday, October 16, 2015, 7:30pm Elebash Recital Hall The Graduate Center, CUNY 365 Fifth Ave, New York NY 10016 Taking a cue from Eliot’s famous line, Walking...

Posted by Brook Center sites on November 11, 2014 in Lecture, News, Past Event | Comments Off on Strings Attached: A conversation between David Harrington and Brooke Gladstone (VIDEO)

On October 22, 2014, Kronos Quartet’s founder David Harrington joined with NPR’s Brooke Gladstone for a stimulating conversation about Kronos’s contributions to the modern string quartet. Harrington and Gladstone discussed Kronos’s origins in depth, including Harrington’s earliest influences and the state of the contemporary chamber music/quartet scene at the time Kronos was founded in 1973, as well as the legacy that Harrington and Kronos have left to the string quartet in the 21st century. The talk was a great...

See you next year!

Posted by Brook Center sites on November 11, 2014 in News, Past Event | Comments Off on See you next year!

Thanks to everyone who helped make our last event, Strings Attached, a conversation with David Harrington and Brooke Gladstone, a great success! If you were unable to attend or would like to revisit the talk or performances, you can listen here (video forthcoming). Stay tuned for news of the next, fall 2015 event, about which we are eagerly brainstorming!

A Conversation with David Harrington

Posted by Brook Center sites on May 6, 2014 in Lecture, Past Event, Uncategorized | Comments Off on A Conversation with David Harrington

Harrington was inspired to form Kronos in 1973 after hearing a performance of Black Angels, an avante-garde piece by George Crumb. The new group quickly expanded into unconventional territory, performing renditions of songs by jazz artists, such as Ornette Coleman and Thelonious Monk, rock artists like Jimi Hendrix, as well as repertoire from past masters and contemporary composers.

Paul Griffiths’ “We Are What We Hear” Video Now Available

Posted by Brook Center sites on July 19, 2013 in Lecture, News, Past Event | Comments Off on Paul Griffiths’ “We Are What We Hear” Video Now Available

July 19, 2013:  Paul Griffiths’ lecture and discussion “We Are What We Hear” is now ready to view.  The entire lecture, musical interlude, and discussion with Jeff Milarsky is available through streaming video here.

The Creative Pulse: A Conversation with Philip Glass (VIDEO)

Posted by Brook Center sites on July 9, 2013 in Lecture, News, Past Event | Comments Off on The Creative Pulse: A Conversation with Philip Glass (VIDEO) 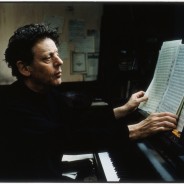 Tuesday, October 15, 2013
Composer Philip Glass discusses his music and how the process of artistic collaboration with exceptionally creative minds (including Robert Wilson, Allen Ginsberg, Ravi Shankar, and Godfrey Reggio, among many others), has shaped his musical output. Their artistic partnerships have undoubtedly had an impact on New York cultural landscape and, in the process, have contributed noticeably to the creative economy of the city.

We Are What We Hear

Posted by Website Services Admin on April 12, 2013 in Lecture, Past Event | Comments Off on We Are What We Hear 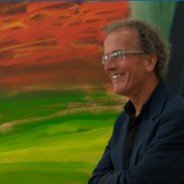 Friday, May 10, 2013
Acclaimed music critic and author Paul Griffiths will present a lecture followed by a conversation with conductor Jeff Milarsky about the changing consumption, creation, contexts, and valuations of today’s music. The event includes music by composers Rebecca Saunders and Hans Abrahamsen.

Posted by Website Services Admin on August 1, 2012 in Lecture, Past Event | Comments Off on Inaugural Lecture: The Challenges of Modernist Music (VIDEO) 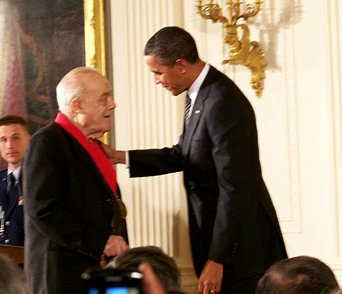 April 18, 2012
The first lecture of the series will be given by Charles Rosen, celebrated pianist and writer upon whom President Barack Obama conferred the National Humanities Medal in early 2012. Rosen is the author of the acclaimed The Classical Style, a frequent contributor to The New York Review of Books, and a passionate advocate of new music.